Matthew Fielding is a PhD student at the University of Tasmania who has been completing fieldwork on the Bass Strait Islands. His work focuses on studying populations of Forest Ravens and Black Currawongs across both Flinders and King Island. Over the last 50 years, Forest Raven population numbers have exploded, particularly on King Island. Reports have suggested that this has been caused by increased food availability for ravens on the island from roadkill and farming. This population growth has potentially lead to the decline of the endemic King Island Black Currawong subspecies through competition and could impact other woodland bird species on the Island. Matthew’s research aims to test these hypotheses through a range of field-based studies. This includes surveying habitat preference and availability for the two birds and studying how ravens use available resources, such as roadkill, on the island. To do this, he has been driving across every corner of the island recording the locations of Forest Ravens and Black Currawongs. In May 2020, at the halfway mark of his fieldwork, he’s observed a significantly low number of Black Currawongs on King Island compared to Flinders Island and has detected high densities of forest ravens along road sides using roadkill.

Matthew also aims to use feather samples from the two birds to understand their diet. Using a technique known as stable isotope analysis, Matthew can infer the proportion of animal-based and plant-based foods that the birds are consuming, allowing him to compare the diet of Forest Ravens on King Island to Flinders Island. This could provide evidence that Forest Ravens on King Island consume more roadkill as it’s a reliable and more abundant resource. Therefore, he would like to ask the local community to let him know if they find any feathers. As the majority of feathers that are found are either tail on wing feathers, Black Currawong feathers will have a black body with a white tip and Forest Raven feathers will be completely black. 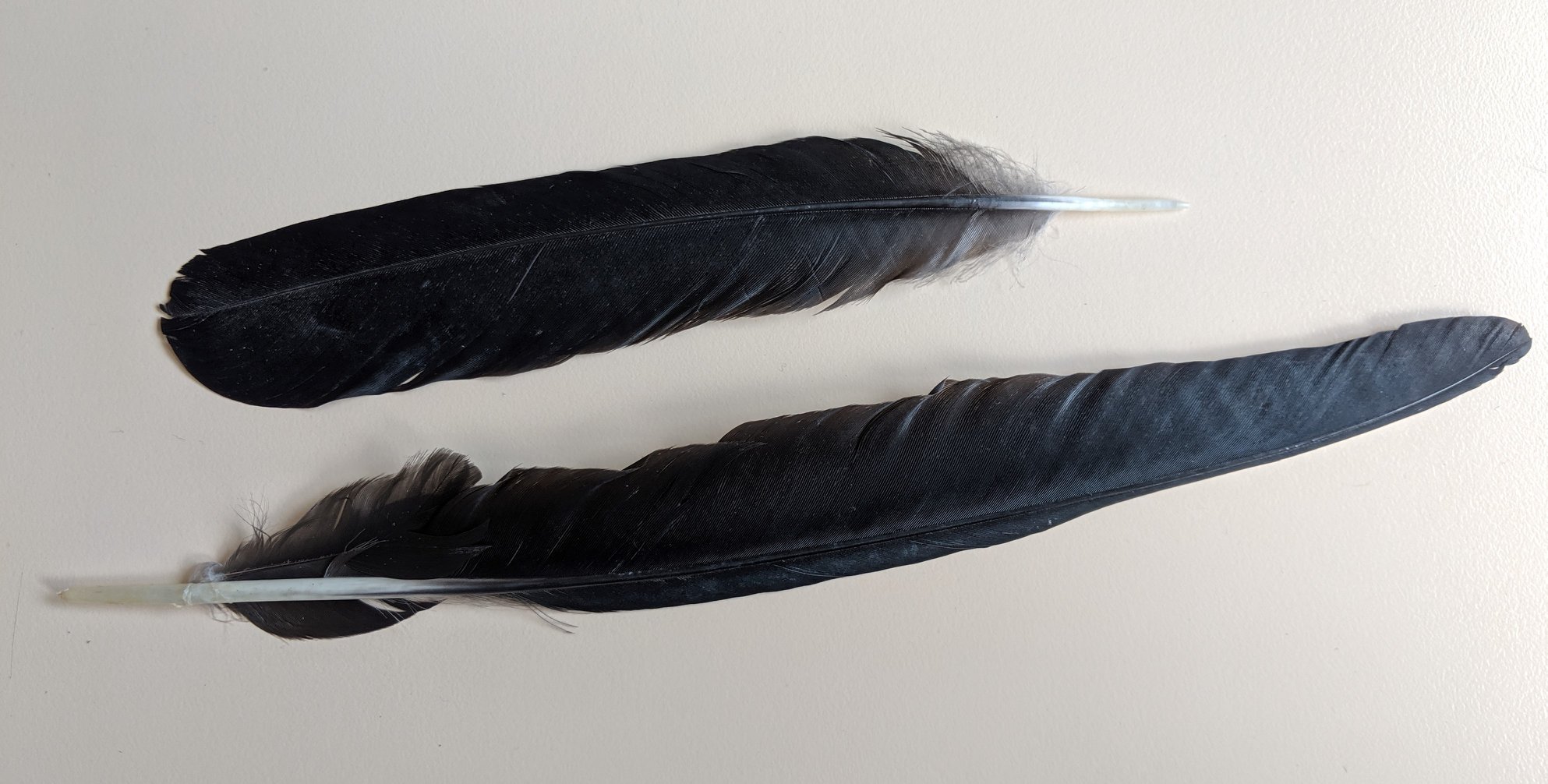 If you find a suspected Forest Raven or Black Currawong feather, please place it into an envelope (with a note of the time and location of the collection) and drop it into the Edward Street office of the King Island Courier. If you have any general enquiries about his project, or information you think may be useful, please feel free to email him at Matthew.Fielding@utas.edu.au.

Work is still being done in the Currie Harbour area and will continue through 2020. See the latest project updates here.

The area is a great example of King Island coastal bushland, including peaceful gullies and lookout spots. However, it is currently being overrun by weeds, and most of it is very difficult to access, thus very few people get to enjoy it to its full potential. This site of approximately 19 ha is located directly adjacent to the Main Street of Currie and contains some recreation tracks, seats and lookouts already established by King Island Council, making it an ideal site to access for community awareness activities in the future, as well as tourist walks. There is also quite a bit of history, to increase the attraction.

This project will continue with additional support from Cradle Coast NRM, until December 2013. We will be seeking further funding as well as support from the land managers KI Council and Tasports to continue this project into the future.

This was a small sister project to the Currie Wharf bush restoration project, where Council got involved in continuing the restoration work across the road on their land. A bush walk identifying natives and weeds and visiting an almost weed-free part of the site was an inspiration to those who attended. We also began clearing out weeds and forming a track into what we now call ‘White Gum Gully’ and plan to make this a place people can sit and enjoy in future.

King Island Council contributed excavation of a section of large boxthorn and coprosma, which we then prepared and planted in community field days.